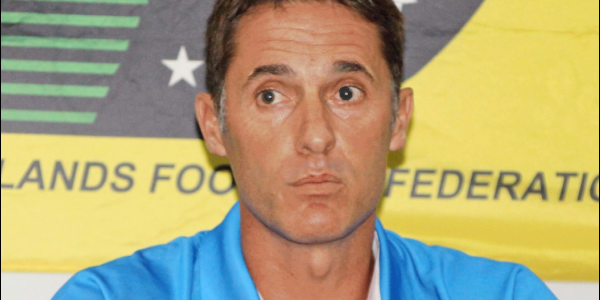 He was responding to questions asked on how the young players are coping with the level of competition abroad.

“The young players did really well in the friendly matches, they are improving.

“Leon Kofana who came in for Javin Wae did a really good job despite the high intensity of the match.

“Raphael Lea’i has not scored a goal in the friendly matches but he now understands that this level of football is different but he works hard.

“He is really fast, has wonderful techniques but he needs to adjust to this level of football.

“Don Keana also did a good job, we need to fix a few tactical problems because sometimes he runs more than he needs to.

“Prince Pue on the defense was great, he really improved a lot and played 90 minutes.

“Overall all the young players are improving and have gained confidence so that’s good news,” Felipe said.

The hardworking coach believes the friendly matches will help the young players gain confidence for the World Cup Qualifiers.

He said it is not about the Qualifiers but also the future of Solomon Islands football.

The Spaniard stressed if the young players keep training and are taken good care of, Solomon Islands will have a good future in football.

There are 14 new young players in the current national team and 12 experienced players.