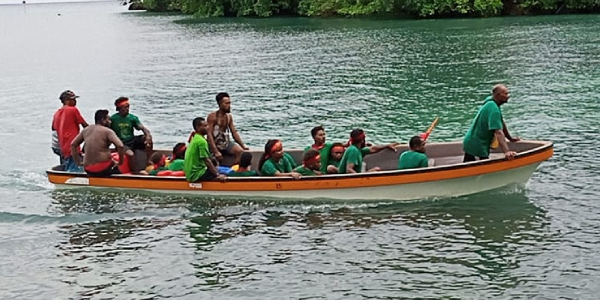 THIRTEEN youth members of Roapu Youth Group from South Malaita were rescued yesterday after their boat capsized along the coast of Ulawa Island in Makira Ulawa Province.

Three boats carrying the Roapu youth members set off one after the other for South Malaita from Su’u Moli on Ulawa around 7am.

Around 9am the second boating carrying 13 capsized due to rough seas, but were fortunate to be met by the third boat.

The third boat had to return to Su’u Moli and drop off its passengers before returning to make the rescue.

After safely transporting the 13 passengers back to Ulawa, the third boat returned in attempt to save the capsized boat but failed.

All passengers are safe with no injuries.