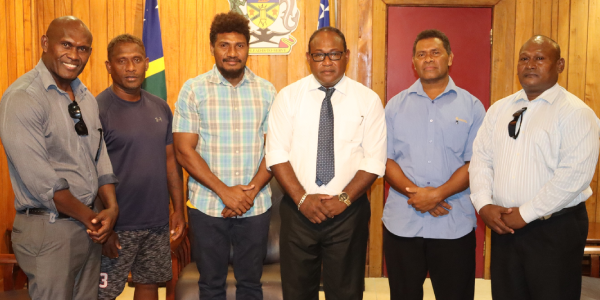 THE Solomon Islands National Bodybuilding Federation (SINBBF) will be hosting its national championship on Saturday 16th July in Honiara.

The event will be held at the Solomon Islands National Institute of Sports (SINIS) High Performance Centre.

According to SINBBF president Paul Fanasia Junior, the event is an opportunity for current and new bodybuilding athletes to compete domestically and also to help the federation identify those who will represent the country in the Sol2023 Pacific Games.

Mr Fanasia Jnr said many bodybuilding athletes are expected to participate in the championship.

“It is anticipated that up to 50 participants including players, coaches and administrators,” he said in a statement today (14th July 2022).

“There will be many athletes competing at the championship event, and we want to make it a remarkable one also in terms of promoting our sport.”

Guest of Honour at the championship will be the Deputy Prime Minister Manasseh Maelanga.

Mr Fanasia Jnr said guests from member associations, families and the general public are also expected to attend the event.

According to the SIBBF, weigh-in for bodybuilders is scheduled for Friday 15th – this is to determine the competing weight categories.

The Federation is also looking at hosting an Oceania and Melanesian body building championship in Honiara later this year as part of their preparations towards the 2023 Pacific Games.

Meanwhile, some bodybuilders are questioning if this weekend’s championship is also open for bodybuilders that are not trained at SINIS and are also asking why SIBBF kept the competition a secret and only announced it this week.

They said if the competition is only open to those trained at SINIS then the championship is unfair because the South Pacific Bodybuilding Federation manual stated that SINIS does not have the credentials to pre-judge bodybuilding athletes.

They also questioned if SIBBF and SINIS are capable of testing bodybuilding athletes according to the WBBF anti-doping agency guide.