BAEGU OPENS UP FOR CHINA 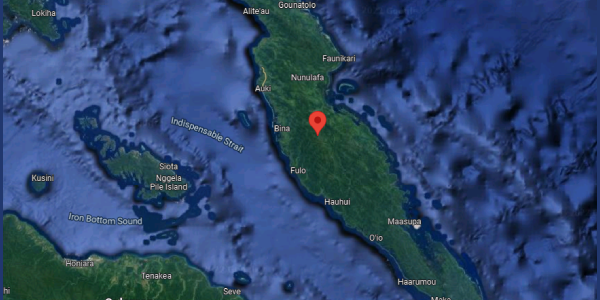 CHINA is now free to fund investment and development projects in Baegu on Malaita following a decision by the East Baegu Council of Chiefs two weeks ago.

President Alick Ofo announced the turn-around after the Council had removed an initial resolution banning investment and or project funding from China in the area,

President Ofo said the initial decision to ban Chinese investment and project funding from China was based on” misinformation and misunderstanding concerning MARA, DCGA and China as our new friend.”

The decision to amend the initial resolution was taken at a two-day meeting held at Urutao Centre on 23rd – 24th June this year. The Provincial Member for East Baegu, Elijah Asilaua who also attended the meeting helped clarify some of the misunderstanding.

President Ofo also thanked Mr Asilaua for his support in addressing the issue on foreign investment, particularly from China.

“The purpose of the meeting was to amend the past resolution which stood against PRC as an investor in the Baegu Asifola Constituency. After our discussions, Baegu Council of Chiefs signed in black and white the amendment to allow Baegu Asifola land to be open for any investors to come and be our traditional partners or our new friend, the PRC,” President Ofo said in a statement.

He confirmed that the Council of Chiefs “wants their land to be free for any development and free from this continuing geo-politics amongst Malaita Provincial and the National Government.”

President Ofo called on the MARA government to work together with the National Government as provided for in the Provincial Government Act.

He also called on the people of the Constituency to work together with their MPA and MP for the “betterment of our people within the two Wards [Ward 11 and Ward 13] in the Baegu Asifola Constituency.”