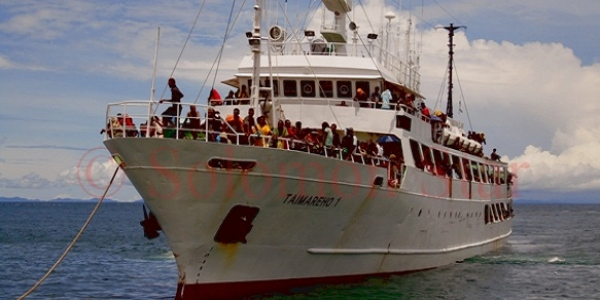 OFFICERS of the Royal Solomon Islands Police Force (RSIPF) at the National Investigation Department (NCID) have charged the captain of MV Taimareho 1 with 27 counts of manslaughter on 13 July 2022.

He said: “The charge of the captain of MV Taimareho 1 related to the tragic incident that involved death of 27 people washed away by waves from the MV Taemareho due to overloading of the vessel on 3 April 2020.”

Superintendent Bole said, “The vessel departed from Honiara on 2 April 2020 for ward 24 in West Are’are in Malaita Province. During the course of the voyage, the ship encountered bad weather between Guadalcanal and Malaita Province.”

Mr Bole said, “Three huge waves struck the ship during the night. As a result 27 people were washed overboard. The ship managed to make its way to Su’u Harbour around 7am on 3 April 2020.”

He said, “A head count was conducted and revealed that 27 passengers were missing and only six dead bodies were found during the tragic incident.”

The accused was released on bail and will appear in Honiara Central Magistrates’ Court on the 9th of September 2022.