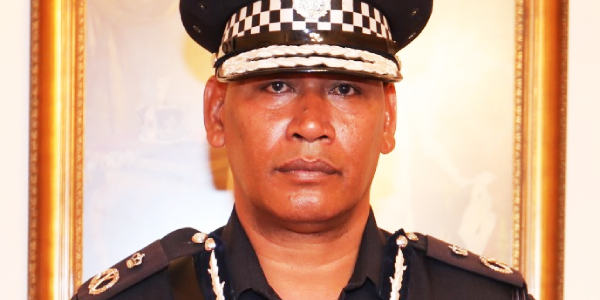 IT is not often that one hears of ex-officers calling for the head of the Royal Solomon Islands Police Force (RSIPF) and his executive.

The call by Peter Le’aa – a former police officer – for the sacking of Police Commissioner and his executive was triggered by a stabbing incident at Bloody Ridge east of Henderson International Airport on Monday morning.

“The incident showed the Government and police have miserably failed in their duty to provide security to visiting dignitaries for the 80th Anniversary of the US Marine Landing on Guadalcanal on 7th August 1942.

“The incident has changed our image regionally and internationally. It has set the country backward. The worst thing is that the whole world knows about it almost instantly,” Mr. Le’aa, said.

“There is total lack of professionalism, intel gathering and policing in general,” he said.

Mr. Le’aa said lack of intel and poor performance showed in the incident, in which a Japanese journalist was stabbed allegedly with a pair of scissor. The assailant, believed to be mentally insane was promptly subdued by American Marines and Japanese naval officer who were nearby, according to published report.

This incident has brought untold embarrassment to the RSIPF, the government and the nation.

“The only way to help erase this nightmarish incident is to remove the Police Commissioner and his entire Executive. They have brought embarrassment to the people of this nation.

“It is a big shame. I therefore call on the Prime Minister to sack the Police Commissioner and his Executive immediately,”Mr. Le’aa said.

“It is even worse that the Prime Minister never attended the 80th Anniversary ceremonies. His non-attendance shows he no longer live up to the Friends to All and Enemies to None.

“He has shown the opposite – enemies to the Allies and a friend to China.”