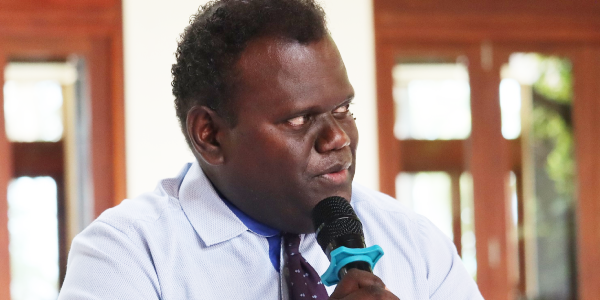 THE Government is investing about USD66 million (about SBD367 million) in improving telephone network nationwide over the next two years, largely to ensure people in the rural areas have access to watching the 2023 Pacific Games.

A government committee has been assessing sites to be included in the project for towers to be built.

Permanent Secretary of the Ministry of Finance and Treasury McKinnie Dentana announced this at an “urgent” news conference in Honiara yesterday afternoon.

He read from a prepared statement, which was not given to the media at yesterday’s  news conference.

Mr. Dentana said the investment would be financed by a concessional loan being negotiated with the EXIM Bank of China – the first ever loan that Solomon Islands would obtain since China and Solomon Islands exchanged diplomatic relations in September 2019.

The concessional loan would be charged at 1 per cent interest over 20 years, Mr. Dentana said.

Up to 30 towers would be up and running by the time the Games officially opens in November-December next year, if everything works according to plan.

Details of the funding arrangements are being negotiated, he said.

The project has raised questions about the Undersea Cable, which promised the world but delivered little in terms of cost reduction and reliability to customers.

A government statement yesterday said, the Solomon Islands National Broadband Infrastructure Project or SINBIP will be responsible for the construction of the towers.

It said work has been progressed with the recent signing of a contracting agreement with the vendor and contractor, Huawei/China Harbour Engineering Company Limited.

The joint statement from the Ministry of Finance and Treasury and the Ministry of Communication and Aviation confirmed that a formal due diligence process and steps within the overall Government’s Procurement guidelines are followed to the execution of the contract.

Work on the SINBIP started in 2019 with the submission of a feasibility study on the project.  After a cabinet endorsement then, a Steering Committee was set up, consisting of senior staff from relevant government ministries, to review the SINBIP feasibility proposal put forward by Huawei and advice Cabinet not only on its financial and economic viability, but also on its technical compatibility with the country’s existing telecommunication infrastructure.

As a result, the Steering Committee contracted a local expert and a private consulting firm from New Zealand, with both financial and technical expertise to provide an independent review of the SINBIP feasibility study. The two consultant’s recommendation revealed that the SINBIP is both financially viable and compatible with existing telecommunication infrastructure in the country.

This proposal will be a historical financial partnership with the Peoples Republic of China (PRC) since the two countries established diplomatic ties in 2019 as the two countries work closely to ensure the successful implementation and operation of the project.

The independent review of the SINBIP showed that the project would generate sufficient revenues for Government to fully repay both the principle loan amount and interest costs within the loan period.

It was further confirmed that the proposed mobile towers are very important aspects of the country’s telecommunication infrastructure assets.  As such, government plans to create a new company, as owner of the infrastructures on behalf of the Government.  This is similar to the arrangement where government has created a new company, called Solomon Islands Airport Corporation Ltd (SIACL) or the Solomon Islands Cable Company Limited (SICCL).

The government also confirmed that although it has already signed the Contract with the vendor and the contractor for the construction and supply of all tower equipment, the next step will be subjected to a formal Memorandum of Operation Agreement (MoA) with STCL and on the final funding agreement between the SIG and the EXIM Bank of China.

The Government hopes to finalize these outstanding requirements before the end of this year to allow construction to commence in early 2023.

The government expects to complete the first 48 percent of the 161 towers before the Pacific Games in November 2023. This should enable people, especially in the rural areas, to enjoy the games even if they do not come to Honiara.

It was also confirmed that one of the key criteria towards the selection of the proposed tower sites include no co-location of existing STCL and Bemobile towers and to the unserved public services institutions like schools and rural health centers, as well as to areas of potential economic activities.

The proposed investment will utilize services or capacity currently provided by the Undersea Cable investments.