You are here:
Features - Local Entertainment 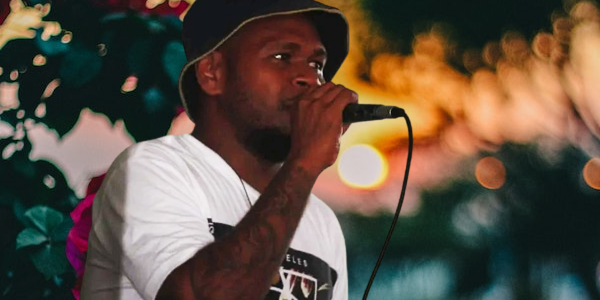 ONE of our country’s local music artists, Nicholas Tora, known as Elkay by his fans and supporters will soon release his new Extra play (EP).

The local music artist is now working on his new ‘extra play’ album which he anticipates to release at the end of this month.

Elkay’s new extra play is under production at the 140 Music Studio which is currently underway, that’s according to an interview with this paper.

Elkay is the man behind the popular hit song entitles Wendy and Ulawa flower.

The local artist is from Makira Ulawa province part Malaita province. He grew up in Makira province and spend most of his time there.

Elkay’s interest in music started when he is still in primary and high school days. That makes him involves in making traditional panpipe songs and music and then performing them at cultural events both in school and at his community.

Following his interest in music, in 2013, Elkay started to compose songs and produce music with Saeni brothers known as the Dezine musical band.

With the passion and interest in music, Elkay recently manage to breakthrough with his local hit songs in which he collaborated with other music artists namely Young Davie, Tally Bwoy etc.

With his interest in music, Elkay has achieved most of his dreams as a music artist, these include improving the level of his music and he is now hit the level where his songs become popular in Solomon island and other pacific island countres.

However, despite of these achievements Elkay gone through, he also encounters some of the challenges in his musical journey.

This included luck of studio when he first enters into music as compared to this time, Elkay has no problem on studio.

Elkay even nearly losses his musical interest when he faced challenges but despite of the he continue to produce songs and see people start following his page and that motivates him to continue with his music carrier until he reach where he was today.

Speaking to this paper in an interview, Elkay shared his acknowledgement to Boy Ysa of B-try, 140 music and Aelan Records for their great support and working together in producing music over the years, months and weeks.

Elkay further shared his acknowledgement for his fellow followers on his face book page. “I hope you enjoy my new single hits coming up including my new extra play list which will be released by the end of this month, keep following my page for more island hits coming up”, Elkay concluded.