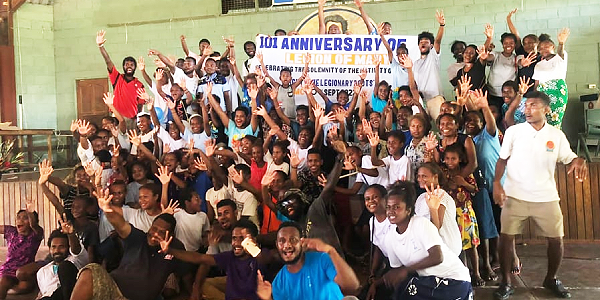 With the theme “BACK TO THE LEGIONARY ROOTS”.

According to Legion of Mary Reports from Steve Kamoa, the Celebration began with Holy Mass led by Fr. Michael Toisuta and assistant by Fr. James Ereai.

In his homily, Fr. Michael, highlighted the theme and called all legionaries to look back the roots of Legion of Mary.

“The roots of Legionaries is to go through the Blessed Virgin Mary and the Blessed sacraments of Eucharist which is the source of grace for us, where we believe Jesus himself is present in Eucharist.

He further encouraged all legionaries to be stronger and to do apostolic work for Mary who is the root of Legion of Mary who bring salvation to the World.

Fr. Michael further congratulated the work of the Legionaries and acknowledges the new presidium formed in Bishop Epalle Mass Center and Savo Island.

The Program continued with the cutting of 101th anniversary cake, followed by Feasting and entertainment from praesidia that highlighting the 101th Anniversary of legion in Solomon islands.