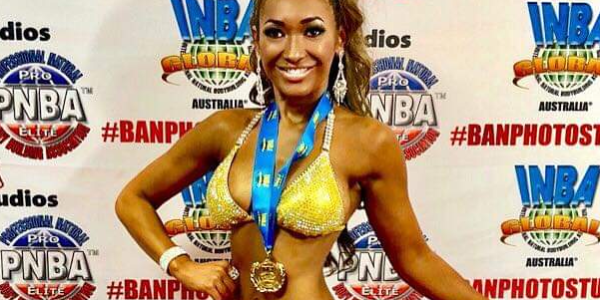 SOLOMON Islands only female bodybuilder Corina Dettke is now in training to represent Solomon Islands in the Pacific Games 2023.

Ms Dettke, who is currently living and working in Brisbane, Australia, said she will be doing her preparations for the games in Australia.

“I have been given the opportunity to compete at the South Pacific Games 2023 for women’s bodybuilding in Honiara, Solomon Islands.

“I’ll be sponsoring myself for the games so I hope that I can get as much support from my federation, family and friends representing my country Solomon Islands at the South Pacific Games 2023,” she said yesterday.

She said as the only female to represent Solomon Islands, she will be putting 100 per cent into her training as well as for the upcoming games.

“Looking forward to it.

“Good luck and all the best to athletes who are currently training for the SPG 2023.

“I hope athletes do their very best with training for the upcoming games,” Ms Dettke said.

“I’d also like to congratulate the winners in last weekend’s Bodybuilding competition in Honiara at SINIS.

“They did awesome at the show last week. I’ve seen some familiar faces some new ones too, which is great news for the sport,” Ms Dettke said.