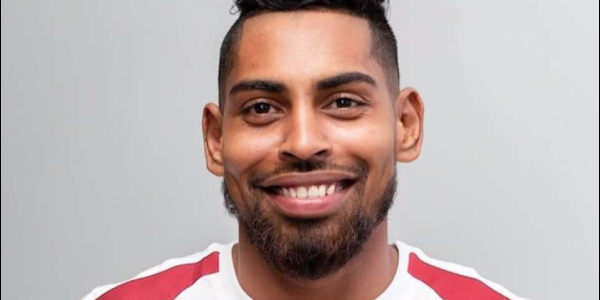 OFC: One of Oceania football’s biggest stars, professional Fijian striker Roy Krishna, will help drive the growth of football in the region through his new role as an Oceania Football Confederation (OFC) Ambassador.

As part of the OFC’s three-year partnership with Score Sportswear Limited, Krishna will take on the role and participate in social media campaigns and activities aimed at fostering the game in Oceania.

The 34-year-old marksman, who is set to captain Fiji at this year’s FIFA World Cup Qatar 2022™ OFC preliminary competition in Qatar, currently plays his club football with ATK Mohun Bagan in the Indian Super League.

Born and raised in Fiji before heading to New Zealand to start his journey towards a professional contract, Krishna is proof of what can be achieved from the grassroots levels of football in Oceania and serves as an inspiration to young players the region over.

Prior to heading to India, Krishna forged a reputation as prolific scorer in the A-League, netting 51 times across 22 games.

He has twice been named the best player in his competition (2018-19 in the A-League and 2020-21 in the Super League) and was the top goal-scorer in India in each of his first two seasons.

Krishna said it’s a privilege to have the opportunity to assist the game as an OFC Ambassador.

“My dream is to see more island boys and girls playing beyond their region. We truly have the biggest opportunity to become some of the best in the world if we all work together,” Krishna said.

“So I’m excited to have the chance to help raise the platform of football in the Pacific and help achieve OFC’s vision of having two teams at the 2026 and 2027 FIFA World Cups.

“I also support the work OFC is doing to push gender equality and the growth of women’s football in the region.”

Earlier this year the OFC launch its first-ever women’s football strategy, which included the appointment of Women’s Ambassadors for each of the confederation’s 11 Member Associations.

Prior to picking up his first A-League contract, Krishna honed his craft in the OFC Champions League – scoring 17 goals in 27 appearances – and flew the flag for the region as a member of Waitakere United and Auckland City FC at the FIFA Club World Cup, in addition to becoming a mainstay of the Fijian national team.

His feats for club and country were recognised with inclusion in the International Federation of Football History and Statistics’ OFC Men’s Team of the Decade between 2011-2020.

OFC General Secretary Franck Castillo said Krishna is an inspirational figure who will be a fantastic ambassador.

“Roy is a great example of what can be achieved through football in Oceania and it’s wonderful to have someone of his calibre onboard,” Castillo said.

“We’ve witnessed him grow as a player and become a leader. He is a great example for up-and-coming players.

“I’d like to thank Roy for accepting this opportunity and acknowledge Score Sportswear Limited for their ongoing support of this important initiative.”