You are here:
NewsSports - National 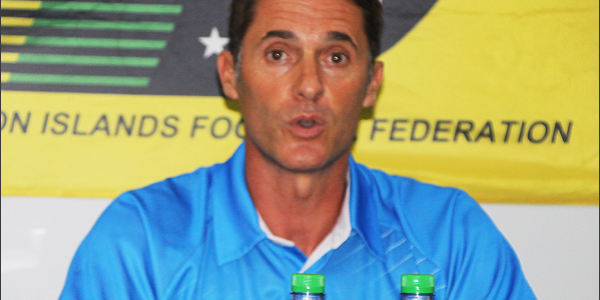 Felipe said this is due to the bad weather experienced in Brisbane where the team is camping for the next two weeks.

“We have to postpone last Sunday’s game and also the Brisbane roar game, I hope we can play later on in the week.

“We have been running under the heavy rain in the mornings and practice in an indoor futsal course since Saturday,” he told Star Sports.

Coach Felipe only hopes the weather calms down and gives time for the team to play these important friendly matches.

“Things are not easy and we are trying as hard as possible to keep the team active.

“This is not an ideal situation, but nothing we can do, we cannot fight Mother Nature.

“It is unfortunate because the hotel and facilities for the camp are perfect for sports teams and we can’t do, at the moment, what we came here for,” he added.

The match against Brisbane Roars was supposed to be the first of three friendly matches the team will be playing during their two weeks camp in Australia before heading to Doha, Qatar for the FIFA World Cup Qatar 2022 OFC preliminary competition.

The second friendly match is scheduled for March 5th against Caboolture Sports of the Queensland Premier League, third tier of Australian football, followed by the third and final match against Brisbane Strikers on March 8th.

All three matches are high level tests for the national team as they remain focus for the qualifiers.

Coach Felipe Vega Arango recently revealed that the friendly matches are very important for the team.

“These games in Australia are extremely important, because our players have not played for a long time.

“The games in Australia will give us our only test before Qatar.

“The big hope is that nobody gets injured, because the long time without playing is going to make that very difficult,” he said.

The team will depart for Qatar on March 10 ahead of taking on the Cook Islands in the opening match of the tournament on March 17.