Forestry Bill to be tabled in parliament 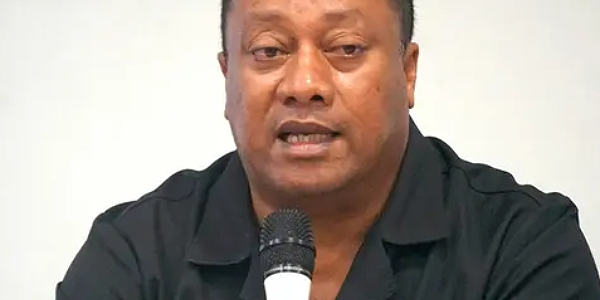 THE long-awaited Forestry Bill is expected to be tabled in Parliament before the end of this year.

This was revealed by the Minister of Forestry and Research, Dickson Mua when asked by Member of Parliament for East Honiara, Douglas Ete in parliament last week.

Mr Mua said currently the Ministry has answered all questions and queries sent by the Attorney General Chambers and sent it back.

He said now they are waiting for the Attorney General Chambers.

“We are hoping and the Government is seriously pushing for this to come in before the year end,” he said.

The Opposition Leader, Mathew Wale said this is a strategic sector which needs managing strategic resources for the economy and manage strategies to get the highest returns with less environmental and social damage.

“We have a lot of problems with this sector and industry which exploited our own weakness,” he said.

Mr Wale said when he entered Parliament in 2008, he heard about the bill.

“I am hoping you will be the Minister that will bring the bill and it will be a good bill and not a diluted and watered-down bill,” he said.

The main objective of the Bill is to make amendments to the Forest Resources and Timber Utilization Act, Cap 40, in order to make it more robust and forward looking in nature to cater for the new activities and developments which is occurring in the forestry sector now and into the future its fundamental aims and objectives.

The secondary objectives and purposes of the recommended Amendment to the Forest Resources and Timber Utilization Act include:

The licensing and enforcement of the relevant conditions of the License