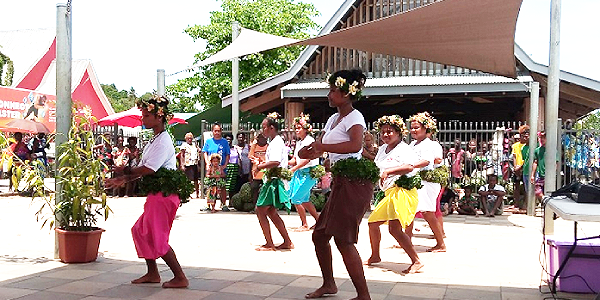 The commemoration event was held at the Gizo Central Market last Friday.

The global theme this year was; ‘Rural Women Cultivating Good Food for All.’

Speaking during the official opening of the International Rural Women’s Day, the newly appointed President of the GMVA, Joyce Zoti said the day marked a very important day mostly for women in the province.

Ms Zoti said for Western Province, GMVA is an example of an association representing women from the surrounding islands in the province.

“If you see rural women cultivating good and healthy food, you will see them sell those good local food at the market.”

She said every local food produced by rural women are to feed their families and also sold at the market to earn money for their families.

“This is the day that really touches us as rural women from the villages.

“And so rural women and girls play an important role in the food system inside the community and country as a whole,” she added.

President Zoti added that from the production of crops to processing, women’s labour, either paid or unpaid, are evident but they never complain about this important role they play in their families.

“Rural women are the backbone of sustainable livelihoods and provide food security for their families and communities.

“Their work is crucial, not only for the progress of rural households and local economies but also the national economy through their participation in the agricultural value chain,” she added

“So, this day really recognises women for their daily struggles in ensuring their roles to enhance cultural and rural development to improve our food security,” Ms Zoti further added.

GMVA was established in response to the UN Women’s encouragement of rural women to form associations.

It was registered in 2018 under the Charitable Act and is recognised by both the national government and donor partners.

GMVA has 127 registered members, but unfortunately the number dropped to 56 during the COVID-19 period.

With the significant drop, GMVA President has urged rural women, including market vendors, to be registered as it will be beneficial to the market facilities and to themselves.