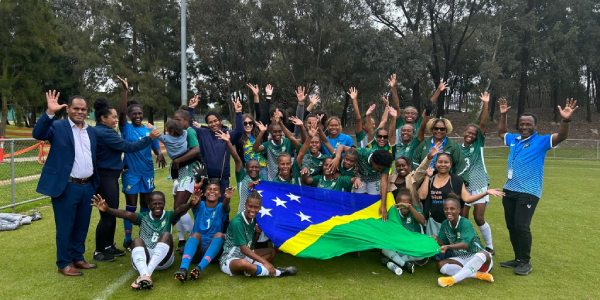 Solomon Islands defeated PNG 3-0 in the historic win in day two of the Pacific Women’s Four Nations tournament in the Australia yesterday.

Jeminah David was on the score sheet again scoring a brace to give Solomon Islands a 2-0 first half lead before captain Ileen Pegi finished off with the third goal towards the end of the second half.

Football fans here at home and elsewhere took to the social media platform, Facebook to congratulate the team for their strong performance.

Solomon Islands will play Fiji in their final match of the Four Nations Tournament.