You are here:
NewsNews - NationalViewpoint 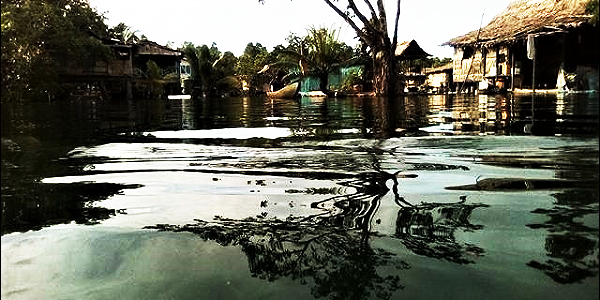 Women and children of Lilisiana community on the outskirts of Auki town, Malaita Province are now uncertain about their future and living in fear due to recent king tides that hit the community.

Unlike other king tides that hit the community in recent years, the current one raised more eyebrows and worries as it reaches new heights and lasts longer than usual according to villagers.

Speaking to Solomon Star Auki, a person from Lilisiana community by the name of Frank Taeburi said the current king tide has caused panic to women,  children and elders.

Mr. Taeburi said unlike previous king tides that hit the community in the past years, he said they only lasted for three days and disappeared, the current one lasts longer.

He said the current king tide has been consistent for the past five days.

“This is new and unusual for the coastal community where he said if this continues this way the community will be greatly affected.

He said the current king tide has destroyed stone walls that were built to protest the community where he said mothers even find it difficult to cook as salt water filled their kitchens.

He said they have witnessed a slow increase of sea level rise year by year. He said because of this people are now thinking of relocating from the community to higher grounds.

Mr.Taeburi is calling on the provincial government and national government to work together with the Lilisianana community to find solutions to the sea level rise that continues to cause worries to men, women, and children of Lilisiana.

Information reaching Solomon Star Auki claimed that nearby communities like Abu and other coastal communities have also experienced sea level rise in the past days.