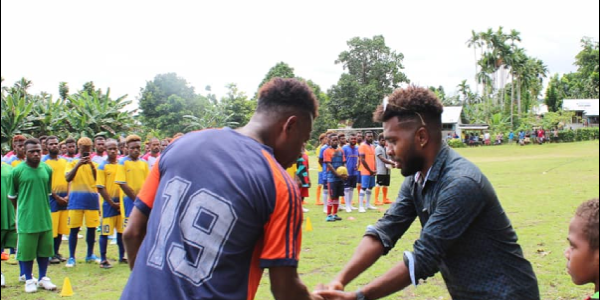 The New Year tournament attracted a total of 32 clubs in and around Nende constituency, reports reaching the paper said.

It kicked off with an official opening and a uniform parade on Monday morning.

The official opening coincided with the handing over of the trophy to the organizer – Simpson Mewa.

Matches are kicked off straight after the official opening and the uniform parade on Monday.

Meanwhile, today is the day 3 of competition and is expected to be completed this weekend.