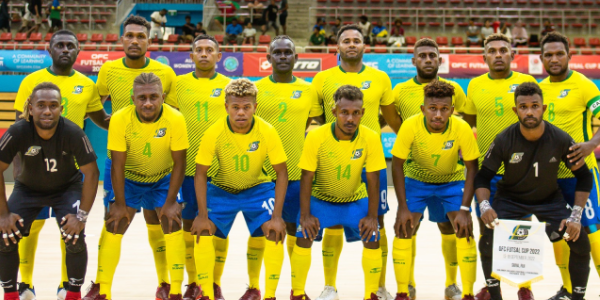 As expected, the match kicked off on a high note.

By the end of the first half, Kurukuru was trailing by two goals with New Zealand leading by 3-1.

Kurukuru’s lone first half goal was scored by Marlon Sia.

New Zealand knew the advantage of maintaining the lead against the unpredictable Kurukuru side.

They resorted to a high press game style in the quest to disrupt the Kurukuru game plan, which they did well to accomplish in the second half.

Kurukuru scored a second goal making it 5-2 but could not get any closer and New Zealand extended the lead to six goals minutes away before full time.

In other matches New Caledonia finished third after they defeated Fiji President’s Five 5-3 in the third and fourth playoff match.

Vanuatu won the Plate section of the OFC Futsal Cup 2022 with a 4-3 victory over Fiji, surviving a wild final 10 minutes which saw four goals scored.