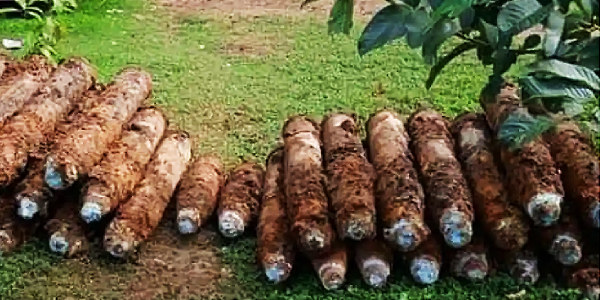 FOUR adult men have been arrested for using dynamites to fish at Paru, Northwest Guadalcanal on Monday.

Police Commissioner Mostyn Mangau told reporters at his weekly conference this week that police also found and retrieved seven live bombs in one of the men’s dwelling houses.

“”The arrest was done after the Explosives Ordnance Disposal (EOD) team received information from the community,” Mr Mangau said.

He added that when the EOD team arrived at the location, the four men had just arrived from their dynamite fishing trip with some alleged dynamited fish on their boat.

Mr Mangau said they were arrested and transported to the Henderson Police Station.

He also told reporters that officers from the Ministry of Fisheries and Marine Resources were also part of the investigation.

“THE EOD team also searched the house of one of the suspects and located seven live bombs lying under a sleeping bed.

“During the search, the suspect advised his son to lay on the bed to avoid police detecting the bombs under the bed.

“It is the worst ever risk situation police have encountered,” Mr Mangau further added.

Mr Mangau said police also found a good number of empty bombs that were already cut out and used for fishing during the search.

“The EOD team had removed all the bombs to Hell’s Point for further destruction.”

He told reporters that all suspects were released on bail whilst investigation into this matter continued.

Mr Mangau said carrying around live bombs in the community and keeping them in dwelling houses are very risky because it will cost lives of those in the dwelling houses and that of their neighbours.

He urged communities to contact police if they see any person involving in such activities.