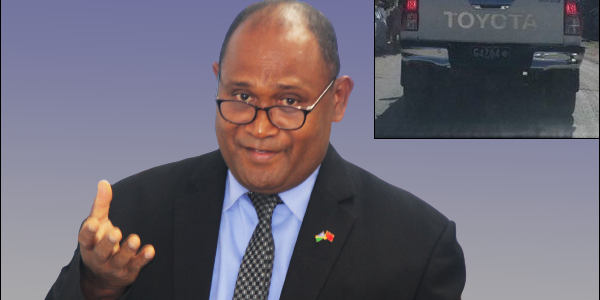 A FORMER public officer and his wife were disappointed about the behaviour by the Minister of Health and Medical Services, Dr Culwick Togamana, when they approached him after their car was nearly hit by the minister’s vehicle.

The former public officer and his wife told Solomon Star that their car was nearly hit by Minister Togamana’s vehicle as they were trying to avoid potholes.

They said Dr Togamana’s vehicle came rushing from behind and overtook their car from the left side, ‘which is the wrong side.’

After that the couple followed the minister’s vehicle and approached him in front of the Prime Minister’s Office and told him what he did was not right.

The minister, in response, told the couple that they were driving too slowly, and that he was rushed to attend cabinet meeting.

“We were avoiding potholes and there was also a vehicle coming at the front. He did not care at all, and he never apologised for his action.

“We’re expecting the minister to apologise,” the disappointed couple said.

The exceptionally wet weather in Honiara is receiving much of the blame for the growing potholes.

However, it’s not just heavy rain that should be blamed but the poor road maintenance.