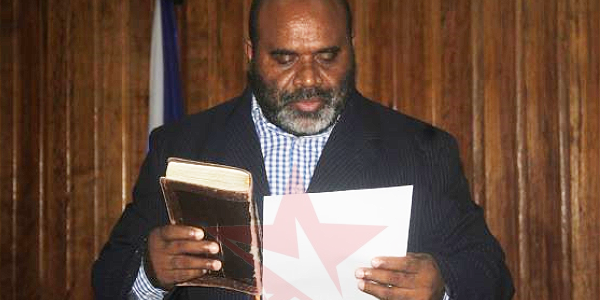 They will now be able to take up their new responsibilities and perform their duties.

Speaking during the swearing in ceremony yesterday Premier Suidani thanked those new ministers for accepting their appointments and their show of willingness to join the MARA government to lead the people of Malaita.

The premier said two more new ministers are expected to swear in soon to get MARA back to full strength.

He said the premier had already informed the Speaker of the planned swearing in ceremony but the Speaker decided to leave for Honiara instead.