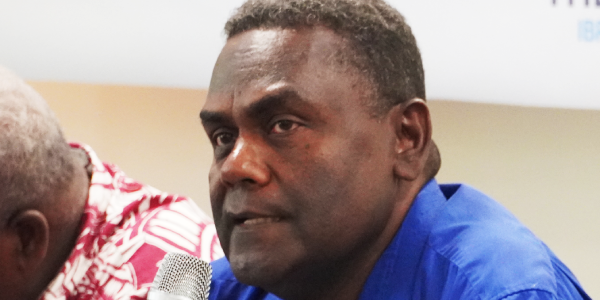 THE country is set to have a new State-Owned Enterprise (SOE) by next year.

This was announced by the Permanent Secretary of the Ministry of Communication and Aviation, Moses Virivolomo on Wednesday when speaking at the opening of the two-day Solomon Airlines ‘Aviation Week Fair’ to mark the national flag carrier’s 60th Jubilee.

The new SOE will be called the ‘Solomon Islands Airport Corporation Limited (SIACL).’

Permanent Secretary for the Ministry of Communication and Aviation (MCA), Moses Virivolomo explained the new SOE will oversee the operation of airports in the country.

“Solomon Islands is slowly moving towards the separation of the function of operating airports, starting next year.  We will call the company, which an SOE, the Solomon Islands Airport Corporation Limited.

“Next year the ministry will stick to policy, whilst SIACL will take over the management of airports in the country,” he said.

“They set the standards and practices to make sure when you fly an airplane to other countries, we use the same standard.

“This is to make the airlines safe and all the people who are operating the airlines to understand the same standard,” he said.

Mr Virivolomo added that, “CASSI is also the overseer so that when anything happens with the fence which is the security, they will tell the MCA to rebuild it because it is to do with security.”

The new SOE will manage the entire airports which are owned by the National Government.