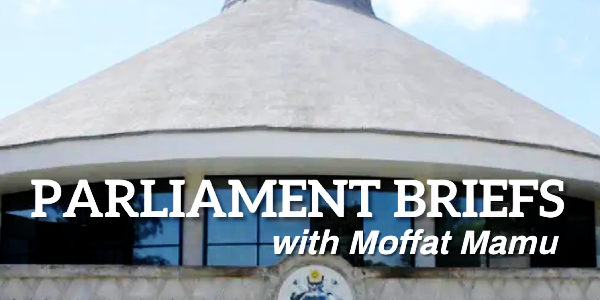 THE 11th Parliament has concluded its sitting on Tuesday after passing the $4.4billion budget.

It ended with a motion moved by Prime Minister Manasseh Sogavare to acknowledge the traditional speech from the throne by His Excellency Governor General Sir David Vunagi.

During the debate most of the Members of Parliament (MP) have acknowledged the speech by the GG, describing it as very encouraging, useful, wise, and like a father advising his children.

The parliament has been adjourned and will resume again on 18th July.

THE cost of living in the country will continue to rise in the coming months and years.

This was highlighted in parliament this week by the Minister of Planning and National Aid Coordination Rexon Annex Ramofafia.

This is due to ongoing Ukraine war with Russia.

Around 40 per cent of the wheat comes from Ukraine and fuel from Russia.

“So looking into the future, it’s a serious issue because it would affect us,” Mr Ramofafia said.

MEMBER of Parliament (MP) for Fataleka says he will not support the security deal with China if there is a plan to establish a naval and military base in Solomon Islands.

“If there’s a plan to establish a military base in the country, I won’t support it,” he said.

He said there is no such thing as building a military base here.

“We have been affected by Second World War already and the ethnic tension. So to attract such base is not in our best interest,” the Minister said.

GOVERNMENT through the Ministry of Communication and Aviation (MCA) will be signing a memorandum of understanding (MOU) to build more broadband towers nation-wide.

This was revealed by the minister responsible Peter Shanel in parliament on Tuesday.

He explained this new telecommunication infrastructure is to allow the citizens of this country and businesses to utilise the internet services.

He said the government is committed to ensure this project is achieved.

GOVERNMENT through the Ministry of Communication and Aviation (MCA) has achieved a number of projects over the past years.

This was revealed by the minister responsible Peter Shanel in parliament on Tuesday.

Under his leadership, the government was able to move and achieve a number of projects.

These included the completion of the undersea cable, building of new airports and terminals, upgrading of the Honiara international airport and runway.

He added work on upgrading all provincial airports is also ongoing.

“These projects are game changer that will transform the country,” Mr Shanel said.