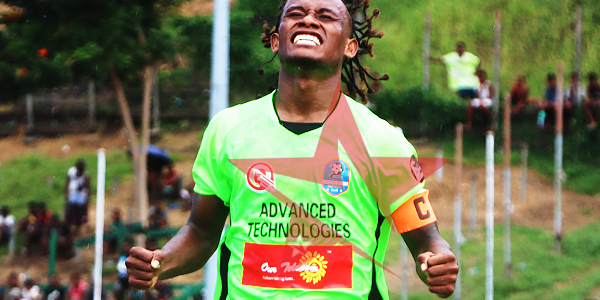 HENDERSON Eels FC’s top striker, Raphael Lea’I is back in the race for the Telekom S-league (TSL) Golden Boot Race after missing more than 10 matches due to his commitment with the country’s national futsal team’s World Cup campaign.

Raphael Lea’i marked his return with two goals after recovering from a fractured arm sustained during the Solomon Islands Kurukuru tour in Europe two months ago.

Rafa as commonly known by football fans now has 12 goals, just two goals away from race leader Gagame Feni with 14 and current runner up Tigi Molea of Solomon Warriors with 13 goals.

Speaking to media after Eels match over the weekend, Rafa said he is eyeing to finish off with more goals, however admits it will be tough.

“I believe and trust that I can finish top of the golden boot race.

“I will work extra hard in my finishing to achieve my aim.

“It will not be easy because other competitors for the golden boot race will also have the same aim.

“I believe with the support of my team mates, I can finish top,” he said.

Rafa was given the arm band to lead Eels upon his return; he also snatched the Man of the Match award.

It is yet early to make any conclusions as other players besides the top three scorers all have the chances to extend their leads.

Benjamin Totori also has 12 goals, Dennis Ifunaoa and Jaygray Sipakana with 11 goals and Charles Mani and Tutizama with nine goals.

The TSL season will end this weekend following the final six matches.