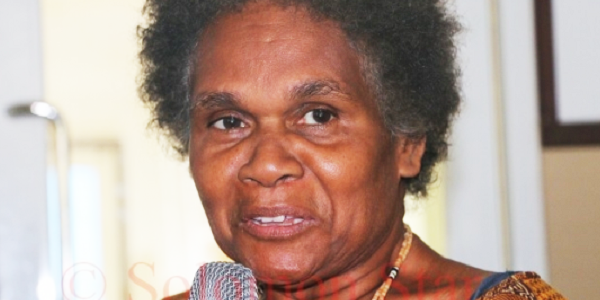 According to the party President Dr Alice Aruhe’eta Pollard, DCGA’s desired move is an unmandated decision that disregards the voices of everyday Solomon Islanders.

Dr Pollard argues that the pack does not contain good enough reasons for the extension of parliament. She insists that this pack has only amplified concerns rather than bringing clarity or confidence.

Dr Pollard explains ‘what is alarming about the pack is firstly, DCGA’s inability and failure to carry out its duties and obligations within its Constitutional term of 4 years.

Secondly, and more worrying, however, is the move to then take away people’s right to vote’. Even the hardships the November riots and the Covid 19 cannot be used to justify our inability to deliver within the four years constitutional term.

The SIDP President emphasizes that any Government’s inability to perform its duties within the Constitutional 4-year term should never cost Solomon Islanders their right and ability to vote.

Especially, Dr Pollard stresses, when such a decision lacks a direct mandate from the people.

“All of these things mentioned above, including the failure to get a direct mandate from the people on this issue, are all faults of the Government. So why are the rights of women, men, boys and girls or our young people to express their voices in the NGE 2023 being taken away from them?’ Ordinary Solomon Islanders are ready to cast their votes in 2023 NGE. She says “We are ready to vote, do not delay the election,” she said.

The SIDP President therefore urges Government to do right by the people.

She proposes ‘If the Government is genuine in pursuing reforms, then campaign on them at the 2023 NGE.

“If Government is serious about upholding democracy, then put the same energy and resource directed towards the Games into the NGE. If the Government desires to extend Parliament, then get the mandate from the people through elections. But to simply extend Parliament without any mandate or regard for the voices of the people is unacceptable,” Dr Pollard concludes.