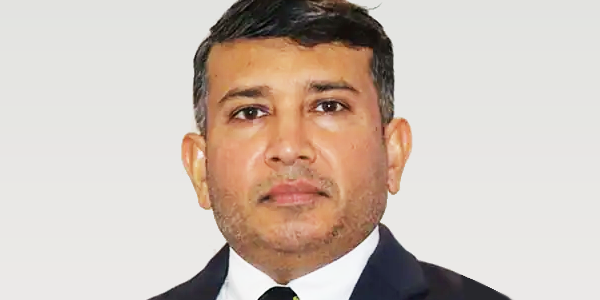 ERANDA Kotelawala – the Chief Executive Officer (CEO) of Solomon Islands Ports Authority trading as Solomon Ports – has scotched rumours he has left the country quietly without telling anyone, including staff.

“That’s an interesting news,” Mr. Kotelawala said last night, when asked about his departure, describing the reports as “typical rumours,”.

He was on his way to Colombo, the capital of Sri Lanka, for his mother’s 100-day remembrance, a tradition in his homeland.

“She passed way in February and I couldn’t even go there to pay my final respect to her due to covid restrictions.

“I will be back next month. These are typical rumours. I am still at work.”.

The Chairman of the SIPA Board, Johnny Sy, also confirmed that CEO Kotelawala was on his way to Colombo “to attend his mom’s 100-day remembrance.”

“It is very important for them as a tradition,” Mr. Sy said.

Mr. Sy said when the CEO’s mother died, he could not go back due to heavy load of work in SIPA, but also the covid pandemic travel restriction.

Mr. Kotelawala left Honiara last Friday. Since then some staff claimed no one knew about his travel and began speculating he might have quietly left the country.