Solomon Islands to take on New Caledonia in opening match 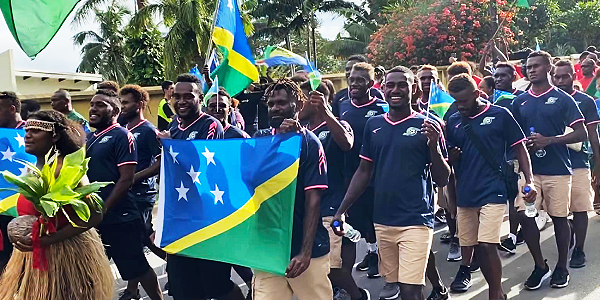 THE Solomon Islands national men’s football team will kick off their MSG Prime Minister Cup campaign taking on New Caledonia at the Korman Stadium in Port Villa on Wednesday.

The national squad comprises of some new faces compared to that of the team that represented Solomon Islands at the recent World Cup Qualifiers in Qatar.

Coach Felipe Vega Arango however has the trust this squad can get the job done.

“With the inclusion of new players, I think this is a better team than the one that went to the World Cup Qualifiers.

“We bring in a few people, younger players, fit, eager to learn and eager to play hard.

“I believe it’s good to change the team and bring new players.

“The players are positive as they are doing well in their club level, so I see the team well and I feel the boys are going to do a good job.

“Like what the SIFF President used to say, the thing we want is to win the tournament. So, we will try as much as possible to accomplish that goal,” the Spaniard said.

Solomon Islands will play their second group match against Fiji at 3pm on September 24th.

The opening was marked with a parade by the six participating teams from the USP Emalus Campus roundabout to the main Games venue, the Korman Stadium.