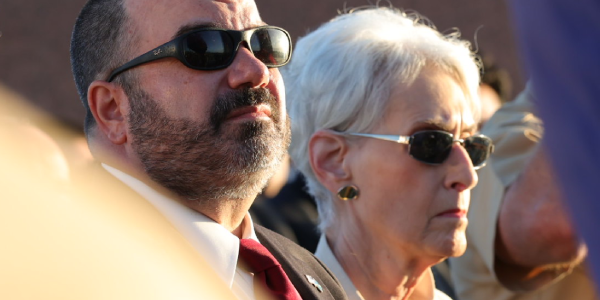 US has formally announced its new Charge d’ Affairs to Solomon Islands-an important step in the process towards re-opening its Embassy in Honiara.

A visit by Solomon Star at the Panatina Plaza where the United States will have its Embassy confirmed some tenants have already relocated.

For example, the New US Embassy will take up the ground floor on the western end of the building, which the National Fisheries Development Ltd (NFD) has occupied for many years. Outside its former office, the NFD announces its reloation in a notice pinned to the door.

“We have moved out from this office and relocate next to the QBE Insurance Office at the Panatina Plaza,” the NFD announces its departure to make way for the new US Embassy.

A number of other business houses are expected to be affected as well. Among them are the Tower Insurance Office and the Liquor Land next door. They are relocating into Honiara’s Central Business District (CBD) as is the Pacific Oceania Bank (POB) branch.

Bank South Pacific (BSP) would take up the space once occupied by POB, according to those in the know.

The US reportedly wants more room at the Panatina Plaza. It is reportedly eyeing the first floor in the building – a large office space occupied by the Attorney General’s Chamber.

It is not clear whether this is the beginning of a full takeover of the building when a substantive ambassadorial appointment is announced.

Traffic around the new Embassy precinct would be restricted.