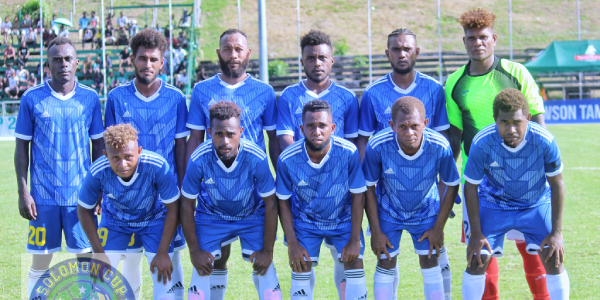 Despite having the early scoring chances, Tomoko was unfortunate to find the back of the net until eight minutes before full time to score their only goal.

There was no time to level the score as Frigates by then has resorted to a defensive play leading by two goals.

Western Tomoko head coach Seri Hite was disappointed with the result and his team’s finishing.

“I am disappointed with result but we have to move on.

“The boys played well except for finishing, we wasted a lot of chances.

We will be working on this before our next match who will be against Central Shields on Monday,” he said.

Isabel Frigates broke the deadlock in the 72nd minute, shortly followed by Sammy Osifelo’s penalty and the third by Hugo Pahe four minutes before the final whistle.

The win gives Frigates their first three points as they lead Group A of this year’s Solomon Cup edition.

Matches will continue this afternoon as the 2022 Solomon cup enters match day three.

Central Shields will take on Western Tomoko at 1pm and Guadalcanal Hornets will play Renbel at 4pm.