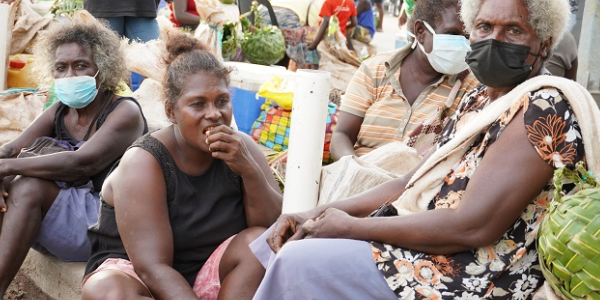 THE rising fuel cost nation-wide is impacting on the daily struggle faced by many rural market vendors.

This is because it determines the cost of goods and services.

In Western Province, it’s no exception but it’s far worse.

This is because many vendors traveled to Gizo, the provincial capital either by outboard motor (OBM) from the nearby islands or by vehicle from the western end of Gizo.

Since the price of fuel increased early this month, the struggle for vendors to earn and save an income also deepens.

It means they have to dig further into their pockets to afford the daily fares and freights while income remains the same and unstable.

A group of women from Paelonge who usually sell fresh green coconuts said they have been affected since the latest change in fuel price.

This is because truck fare has increased by $5.00 while for sea fare; it’s between $20 to $50 from the nearby islands.

The fresh green coconut sellers said it’s a struggle to save income to meet their daily needs.

Prior to the COVID-19 outbreak, these women have been enjoying good income from their daily sales.

Today, they said sales are very slow because people are also impacted by the rising cost of living.

Most women Paelonge and the nearby village of Saeraghi earn their income by selling fresh green coconuts, dry coconuts, seaweed and other marine coastal products at the Gizo main market.

An elderly woman from Paelonge, West Gizo, who usually sells her fresh green coconuts at the main Gizo Market daily told Solomon Star Gizo this week that  the current situation that we are in is very tough and challenging.

Melina Singe, 60, from Paelonge who usually sells green coconuts at the Gizo market said since the increase in fuel price, commuters have been forced to pay more.

She said the normal fare for a passenger between her village and Gizo is $10 dollars.
“But since the fuel increase an additional $5 has been imposed and a passenger is paying $15 as fare.”

Another associated cost is the freight for the market products.

In the past a bag of green coconuts only cost $5. Now it has doubled.

Then there’s the market fee to pay and labour hire for young boys climbing the coconut trees.

At the market, the green coconuts are being sold at a price of between $1 to $3 dollars only. However, sometimes sales are bad during the day and some of the coconuts were never completely sold out.

“In the end we only get a very little money from what we sell at the market from our fresh green coconuts.

Another challenge facing vendors is the growing presence of Rhinoceros beetles that are slowly eating away the coconut trees located in almost every coconut plantation in West Gizo.

“We are afraid that in the future, our coconut trees will be destroyed by this disastrous beetle,” she said.

However, in spite of the challenges Ms Singe and other women of Paelonge never give up but are determined to continue on with their daily marketing activities.

“This is because that’s the only way we are going to survive and provide food on the table for our families,” she concluded with a smile.